Life lessons of Grace Hope Hill: Be Brave And Follow Your Heart Grace Hope Hill walks the long corridor to her apartment at Kendal at Hanover with the tall, lithe, graceful steps of the dancer and movement instructor she was for 40 years and a pioneer in the fitness movement. At 91, she is elegant; age has not stooped her shoulders nor dimmed her memory. And there’s a lot to remember for the Barbados native who first arrived in Hanover with her husband, Errol Hill, renowned playwright and scholar of Caribbean and Black theater, when he was recruited to join the Dartmouth College faculty in 1968 as a professor of drama and head of the drama program there. 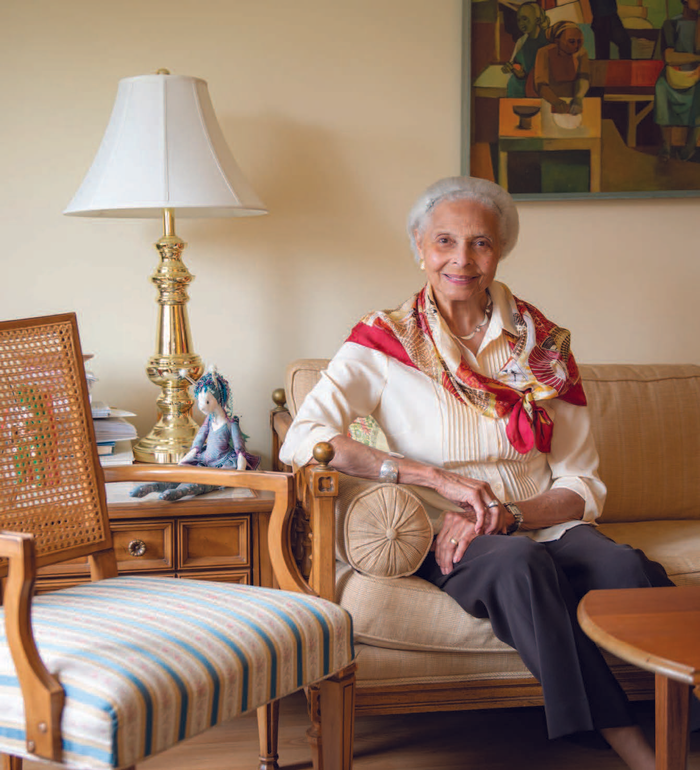 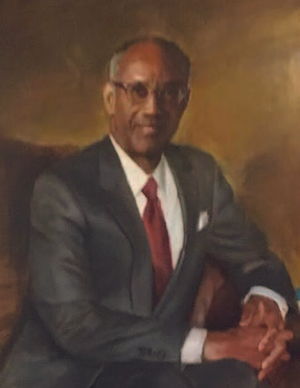 Grace and Errol and their four children were the first black family at Dartmouth. Grace was captivated, and she set down roots for her family after many years of living in the Caribbean, New York, and New Haven while her husband was studying at the Yale School of Drama. “We knew nothing about Dartmouth,” she says, but “it was the place for me to bring up my children.” And for Errol, the Hopkins Center was a dream, she says.

Crossing Paths
Grace briefly met her husband at a gathering of international students while they were both students in England in 1952: she was studying dance and physical education at Bedford College outside London and he was studying at the Royal Academy of Dramatic Arts. After getting her diploma and teaching for a year in England, Grace got a teaching position at St. Andrew High School, a boarding school in Jamaica, where she taught physical education. “I always wanted to go to Jamaica. I loved it, everything about it, the friendly people, the place, the children,” she says of the four years she spent there in the early 1950s.
But she hadn’t seen her family in five years and her parents encouraged her and a close friend to spend the summer back in Barbados. There, they signed up for a summer drama program. Errol Hill, who was teaching at the University of the West Indies, headquartered in Jamaica, was director of the program. While Grace got to know him better through the summer program, they did not see each other very much until Jamaica held an island-wide celebration of 300 years of British rule in 1955. Among the sponsored festivities was the production of Shakespeare’s A Midsummer Night’s Dream, directed by Errol Hill, on the school grounds of St. Andrew High School, where Grace was teaching. It provided them an opportunity to spend some more time together before he returned to his home in Trinidad. Two years after meeting him and many lengthy correspondences, in 1956 they were married in New York before returning to Jamaica, where they both continued to teach.
Making Her Way to Hanover
A year later, her first daughter was born, and Errol got the opportunity to attend the Yale School of Drama. He spent four years there, earning a bachelor’s, master’s, and doctorate in 1962. He, Grace, and the children returned to the University of West Indies in Trinidad and were there until going to Nigeria from 1965 to 1967. The Rockefeller Foundation invited him to go to the University of Ibadan in Nigeria to develop a theater program there. “I was very thankful to have the opportunity to visit West Africa,” she says. The plan was to return to Jamaica after that, but the job he was expecting fell through. “So many things in my life have turned in strange ways,” Grace says. Instead, he was recruited to start a theater program at Richmond College in Staten Island, part of the city university system, and wanted to start a theater program there. Dartmouth College was also interested in him, and he was invited to visit the campus and view the Hopkins Center. “He couldn’t believe his eyes,” Grace says. “A real theater! With a costume director and technical director and designers! For anybody in theater, that’s their dream.” They left Staten Island and moved to Hanover. “I found it difficult in Staten Island to find a place for my children to swim because of racial discrimination. It was not to my standards [for her family] and I knew we could not stay there.” 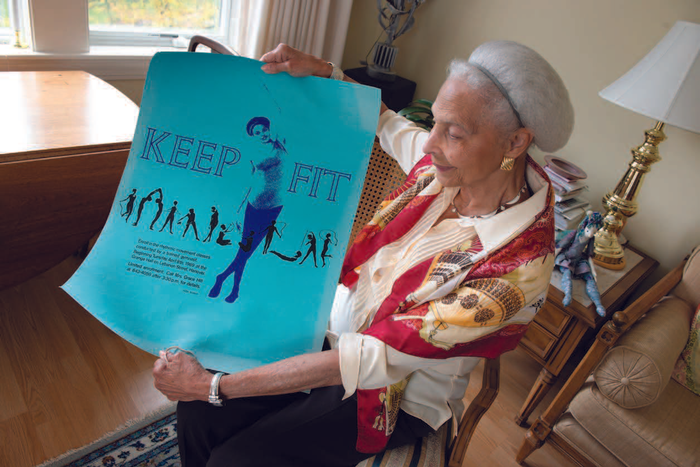 The first poster, 1969, designed by John Scotford on a recycled Dartmouth poster. (Grace’s posters around town were often stolen by Dartmouth students to decorate their dorm rooms, she recalls.)

Hanover met her standards, but once the children were settled in schools and busy with activities, she yearned to return to dancing, either to take classes or teach, but there were no opportunities. A dance teacher at Dartmouth suggested she start her own dance program in the community. Unsure of how to go about it, she found a space in a former Grange Hall “that hadn’t been used in years. It was an old ramshackle building.” She cleaned up the space, put notices around town, and waited for the phone to ring. Which it did.

She was there for two years, and for 40 years, in various spaces, she taught dance and rhythmic movement in a program she called Keep Fit. “This was before Jane Fonda,” she says. In 1979 she self-published a book and tape, Fitness First, making her a pioneer in what is now a booming fitness and wellness movement in the country. “It was a very exciting time for me.” In her book, which had a second printing in 1981, one sees the seeds of today’s fitness classes with her focus on exercises that incorporated balance, muscle tone, joint mobility, and relaxation. She wrote, “Nothing can improve our general health and fitness more than our own self-care.” Self-care has become a buzzword now, but “it’s what I’ve been preaching all along.”
Coming Full Circle
She soon was getting invitations to give workshops for teachers and children all over the state, coming full circle to her days teaching in Jamaica. She taught classes for teachers and students and gave workshops to teachers on how they could lead their students in movement and dance. “The children learn so much about their bodies, how to use their bodies, how they relate to other people, understanding how to move, and what the body is capable of doing.” She also introduced her concepts of movement at nursing homes and senior centers, again a new concept at the time.
In 2003, after 47 years of marriage, her beloved husband died, and in 2009 she retired from teaching. Today she proudly boasts of her four grown children and three grandchildren, who are all Ivy Leaguers. “They made good use of their opportunities,” Grace says, as did she. Reflecting on her long and very full life, she says, “I’m very thankful for what life has provided for me. I feel very blessed.”
In-Print Here In Hanover - Winter 2022