This year marks the 50th anniversary of VINS—the Vermont Institute of Natural Science. It’s a milestone worthy of celebration, a long and successful history focused on environmental education and characterized by steady growth that shows no sign of abating. From its roots in a 1970 community education campaign that led to the cleanup of the heavily polluted Ottauquechee River, to the creation of an environmental education curricula for children that has been adopted across the county, to the 2019 completion of its fascinating Canopy Walk and the opening this year of its newly expanded Songbird Aviary, VINS has never strayed from its mission or missed an opportunity to diversify its programs and reach a larger audience.

The Evolution of Environmental Education

VINS’ success shows in its popularity: the VINS Nature Center recorded 24,000 visitors in FY 2015; in FY 2022 they recorded 69,800. When you add to this the students and teachers in classroom programs, the children and adults in outreach programs, and the summer camp participants, you discover that the total engagement in FY 2022 was a very impressive 83,937 people of all ages, despite a temporary drop in 2020–21 due to COVID. 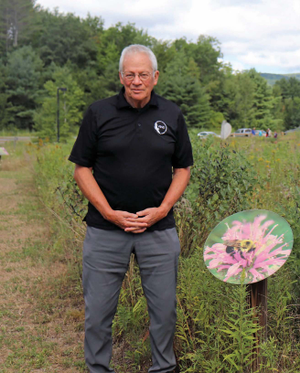 But there is more to this success than merely growing the numbers. The scope and nature of environmental education has changed over the years, Executive Director Charlie Rattigan says, and VINS has evolved with it. Charlie uses VINS’ school programs to illustrate: “The evolution began at the time when VINS was sending parents and other volunteers into local classrooms to engage children directly with the environment in hands-on, interactive explorations using the ELF curriculum.”

VINS created ELF—Environmental Learning for the Future—in its first decade and, Charlie says, “the response from students and teachers was tremendous.” VINS went on to describe the ELF methodology in the award-winning book Hands on Nature, which is still in print and in use throughout the country. 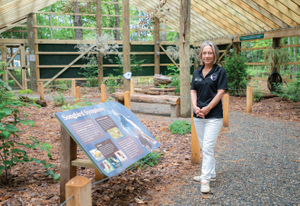 In the meantime, methods both for teaching environmental education and for teaching young children have matured, and VINS’ programs have matured with them. “The presentation has evolved from a volunteer model to an educator model,” Charlie explains. VINS’ curriculum is still inventive, inquiry-based, and very hands-on, but it now integrates STEM learning and is aligned with Common Core State Standards and Next Generation Science Standards.

The new VINS curricula include professional development training and resources for classroom teachers as well. Outreach programs for families were also developed, and the Conservation Biology program, formed to support the protection of endangered species in Vermont and forest bird monitoring, morphed into a new format that is presently integrated into the Overnight Nature Camp program at VINS’ Old Pepper Place Nature Reserve in Washington, Vermont.

The Raptor Center in Woodstock followed its own evolutionary path. It was conceived in 1982 as both a bird rehabilitation center and an educational space. When it opened to the public in 1987, the bird infirmary was kept behind the scenes while the Raptor Exhibit took center stage, allowing visitors of all ages to engage face to face with some of the most awe-inspiring animals who live in the surrounding forests and to learn their natural histories at the same time. 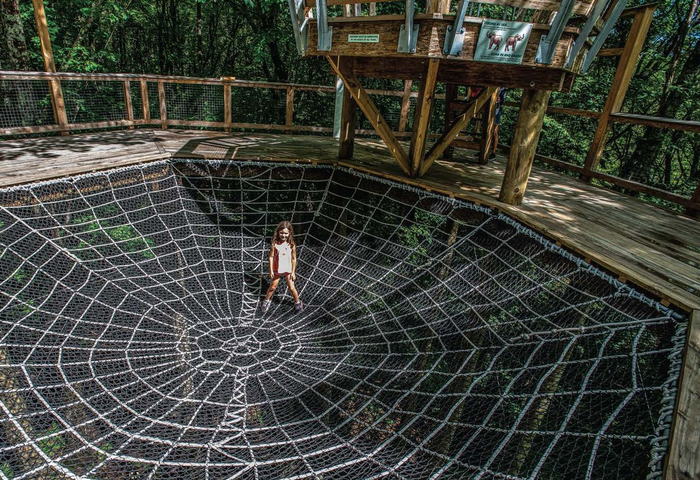 The spider web is a feature on the Canopy Walk.

By the mid 1990s, it was already obvious to the VINS planners that the Woodstock location was too small for the many educational opportunities that were being proposed. A new 47-acre location was found in Quechee and purchased in 2001, and the new and newly renamed VINS Nature Center opened in 2004. 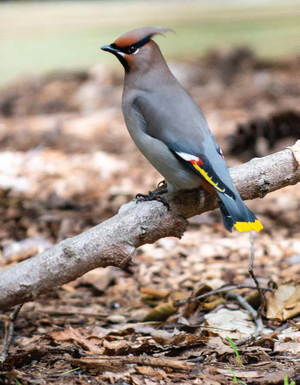 The Nature Center, with its rolling forest land and the nearby river and lake, had room for more and larger indoor exhibit spaces, a larger Raptor Exhibit, the new Forest Exhibit and Adventure Playspace, an outdoor classroom, summer camp programs, and nature trails, each designed to engage and educate more people about all facets of the local environment and the animals that live there. Children could learn what it was like for a bear or a bobcat to move through the forest and, watching them, parents and other family members could learn to see the forest in a new way, through the eyes of a child. This evolution continued even through the COVID years with the development and opening of the Canopy Walk and, just this year, the new, larger Songbird Aviary.

As with the VINS raptors and other exhibit and educational birds, the Songbird Aviary contains birds from the rehabilitation program that have been injured to an extent that they could not survive being released into the wild. The new aviary is 2,160 square feet larger than the original in order to accommodate more birds and more species.
Landscaped solely with native species arranged to recreate a forest floor environment, supplied with water sources for drinking and bathing, the aviary currently has temporary poles for perching while the vegetation grows to its full height. Visitors to the aviary can see and hear mourning doves, waxwings, white-throated sparrows, robins, and cardinals in a natural environment, a list that will grow as new non-releasable birds graduate from the rehabilitation program. 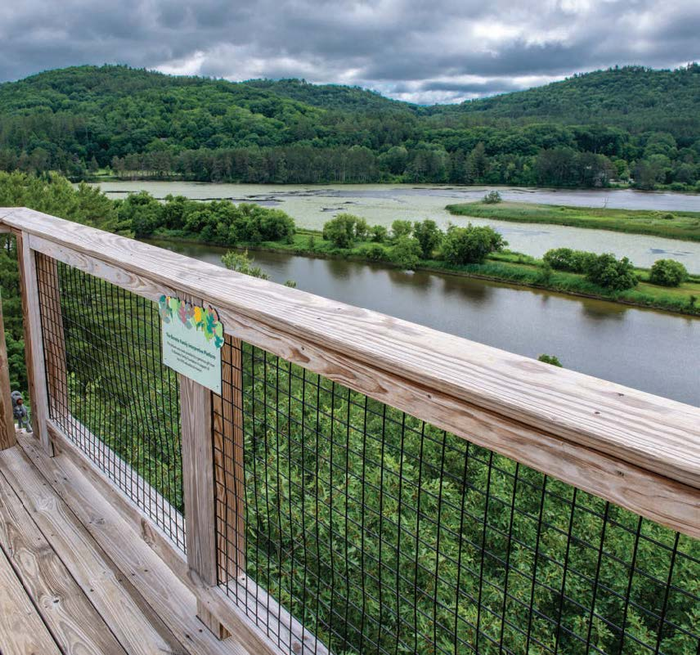 “The gestalt of VINS,” Charlie likes to say, “is that the whole is greater than the sum of the parts. Any part in isolation from the rest, no matter how interesting it is alone, is not as important as the combined experience that VINS offers. The Canopy Walk is striking and beautiful but it’s not as significant to the visitor without the opportunity to come off the Canopy Walk onto the Forest Exhibit, Raptor Enclosures, and Songbird Aviary to meet some of the animals that live in the canopy. The summer camps wouldn’t exist without the trails and play spaces of the Nature Center.”
And the evolution continues. The VINS educators, now well trained in early childhood education, have recently implemented two new programs, Small Wonders (ages 3 to 5 years) and Wee Wonders (ages 18 months to 3 years). Wee Wonders, Charlie reports, though only in its second year, is already being highly sought out. Meanwhile, a new exhibit space is already in the works at the Nature Center, and Charlie says they are aiming for 100,000 visitors per year.
“Our recent and continued growth stems from the vision of the board, supporters, and staff back in 2000 and 2001,” he says, “when they decided to move from Woodstock to the larger compound in Quechee and build the new center. That vision has taken VINS to an exciting place, and we’re not at full capacity yet.”
There is room to grow at VINS, and new generations coming along who can benefit from the high-quality environmental education VINS presents. So here’s to the first 50 years, and to the next 50, too, They’re already in the works.

VINS Staff, Board of Trustees & Fun Views [7 Images] Click Any Image To Expand