For many outsiders—and residents, too—it’s very difficult to think of Hanover without thinking of Dartmouth College. But, while the lives of the town and college are truly intertwined, they are still separate entities and anything but twins. For one thing, the township of Hanover is older than Dartmouth College (which almost wound up in Haverhill, New Hampshire, instead). And, though Dartmouth has acquired more fame and many famous alumni, Hanover’s history has many high points and successful residents of its own. 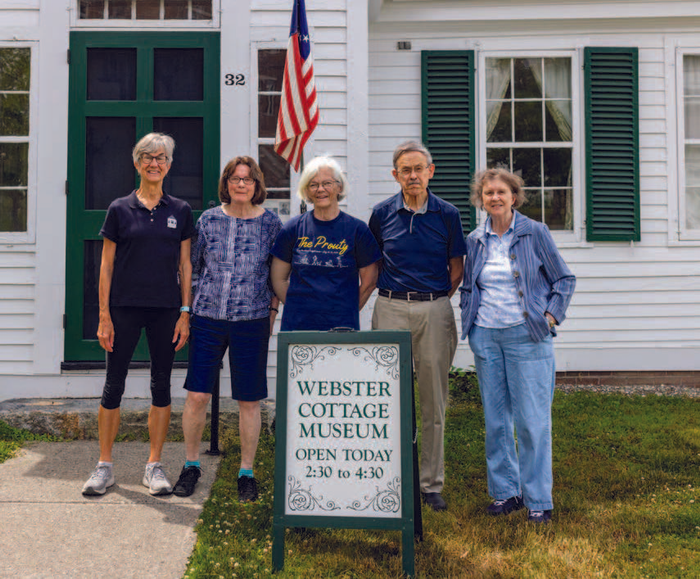 Members of the board of the Hanover Historical Society include (from left) Betsy Gonnerman, Cyndy Bittinger, Susan Boyle, Alan Callaway, and Christine Eickelman. Missing from the photo are Bob Keene and Teresa Oden.

No one is more aware of this bifurcated history than the members of the Hanover Historical Society, whose museum is the venerable Webster Cottage (located on the Dartmouth campus) but whose purview is the story of the entire town, including the thousands of years of pre-Colonial history when this region was home solely to Native Americans. For the past several years, under the guidance of President Cyndy Bittinger, the society has been fleshing out the combined historical record by focusing on less well-known residents and those groups who have historically been disregarded: women, Native Americans, and Blacks. 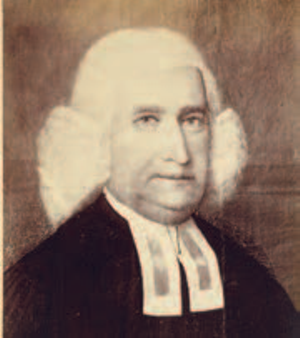 Eleazar Wheelock gathers the “Church of Christ at Dartmouth College.”

Webster Cottage is an example of how famous names can overshadow people who were just as interesting. Daniel Webster lived in the building only during his senior year at Dartmouth (1800–01). The house itself was built on land that Eleazar Wheelock gave to his daughter Abigail in 1774 for her dowry. She lived there all-told for 14 years, raising a family on a working farm, carrying on after her minister husband’s early death in a sleighing accident, and finally taking on boarders to make ends meet. This resilient woman was Webster’s landlady.

In the 19th century, there was a series of tenants and owners in the cottage, which in one period was known as Mrs. Smith’s Tavern (she was also a widow) and in another as Miss McMurphy’s Boarding House. In fact, there were two Miss McMurphys, aunt and niece, who owned the cottage and boarded students from 1853 until 1900.
The college purchased the 120-year-old house shortly after the younger Miss McMurphy died and rented it in 1902 to Professor Prescott Orde Skinner and his wife, Alice Van Leer Carrick. During their 50-year-plus tenancy, the college moved the cottage (and them) across the road and a little farther north. Sometime during that period it acquired the name of Webster Cottage, along with the bronze plaque that says so. Meanwhile, Alice Skinner became a self-taught expert in American antiques, furnished the cottage with them, and published seven books about antiquing under her maiden name, including The Next to Nothing House, describing the cottage and its contents. She traveled throughout the country giving lectures. By coincidence, she was landlady to the cottage’s final boarders, which included another Daniel Webster (of no relation to the famous one).
Ms. Carrick-Skinner was also the final tenant, staying on almost a decade after Professor Skinner’s death in 1950. She eventually moved away to live with relatives and died in 1961. That year, the college decided the cottage should be a museum. 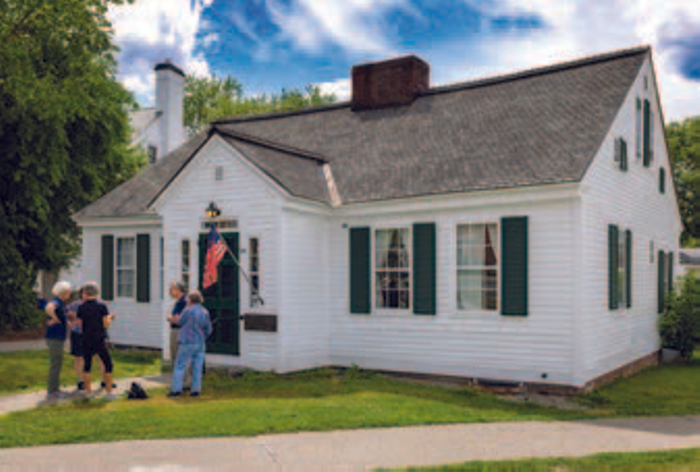 A tour of the cottage is something like a curated step back in time. Volunteer docents, all members of the historical society, greet you at the door and take you around or provide an artifact list for a self-guided tour. The ell is gone, but the cottage retains much of its 18th-century interior design and many of the antiques Carrick-Skinner collected, along with maps, documents, samplers, portraits, old photos, and artifacts from other donors with some connection to the college or town. Most recently, the Dunfee family donated a striking portrait of Daniel Webster painted by French artist Joseph-Désiré Court (1797–1865). The Rauner Library serves as archive for the society, and about half of the HHS artifacts are technically “on loan from the Hood Museum.”

Webster cottage is only one facet of the Hanover Historical Society’s activities. They also publish several historical booklets, including a history of the cottage’s residents and a self-guided walking tour of Hanover’s remaining 18th- and early 19th-century houses. They are an annual presence in Hanover’s Fourth of July parade, and every year collaborate with the Howe and Etna libraries to mount exhibits and present several programs about local history and people. They also co-host an annual event at the Norwich Historical Society. A few years ago, they began partnering with CATV to record all of the presentations and make them available online. 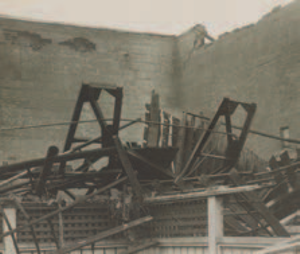 The Nugget Theater explodes and burns to the ground. The replacement, built on its current location, opens in 1951.

Past presentations included the histories of the Nugget Theater, Storrs Pond, and the Skating Club at Dartmouth; a viewing of Webster-related items in Rauner’s special collections; and a tour of midcentury modern homes in Hanover, which filled quickly with eager members.

The society hosts an annual visit to Webster Cottage by the fourth-graders from the district’s schools (always including a round of “Guess what this artifact is for?”), and since 2018 has presented an annual $1,000 Senior Award for Excellence in Social Studies to a graduating student chosen by the Social Studies faculty at Hanover High School. The award is funded by donations and fees charged for some of the events. (The society is a 501(c)3 nonprofit organization.)
During the COVID period, the society was forced to close the cottage and host all of its presentations on Zoom. Topics ranged from the 100-year history of the New Hampshire primary (asking, is it still as important as it was?) to the extensive archaeology of the long-term presence of the Abenaki and a history of the women’s suffrage movement.
The COVID shutdowns also proved a good time to research local stories—the history of Keene’s Lodge in Etna—and also the histories of Hanover women, including Grace Hill, who brought classes in movement, fitness, and dance for women to the Upper Valley, and Jean Lande Hennessey, whose many achievements in public service were described by her daughter Martha. The society also managed to hold one in-person event: a tour of the Hanover cemetery. The Hanover Historical Society’s most important COVID project, however, was the creation of its website, hanoverhistory.org, funded by its first-ever federal grant through New Hampshire Humanities.
Among the site’s many educational offerings are a historical timeline of the town and college, brief bios of historical residents, an archive of past presentations, and a virtual tour of Webster Cottage. Much of the text was prepared by Hanover High student Katie Stannard, and the virtual tour was created by alumna Liz Rooker.
Post-pandemic, the society is restarting in-person presentations, combined with Zoom and recorded for the website archive by CATV.
The Hanover Historical Society has a completely volunteer staff and a small but dedicated membership. According to President Cyndy Bittinger, the biggest benefit of membership is advance notice of the many presentations; the tours in particular fill up quickly. It’s also a good way for people interested in local history to learn more while supporting a worthwhile organization. The membership fee, purposefully kept low to encourage others to join, is only $10 per year.
In Daniel Webster’s senior year, $10 would have been about 30 cents. Given the rich, interwoven history of the town and the college, it’s a real bargain in any era. H