Opening Doors To The OUTDOORS - The Dartmouth Outing Club Climbers from the Dartmouth Mountaineering Club.

Dartmouth College’s location in Hanover, next to the Connecticut River and wedged between New Hampshire’s White Mountains and Vermont’s Green Mountains, sets it apart from other Ivy League universities and similar institutes of higher education. It attracts students, faculty, and administrators from around the globe who want to balance academic excellence with skiing, paddling, mountaineering, shooting sports, fishing, rock climbing, and just about any other mountain- or water-based activity. When outdoorsy high achievers contemplate where to apply to college, Dartmouth is typically a top choice, but that wasn’t always so. 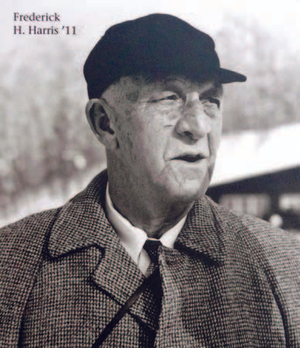 In 1769, when Eleazar Wheelock founded the college, the surrounding peaks and the Connecticut River were largely unexplored, not sources of recreation. Winters were long, cold, and snowy. Hiking and canoeing were not extracurricular activities. They were merely a means of getting from point A to point B in the rugged north country.

By the early 1900s, undergraduates had more time and interest in recreational pursuits. One of those students was Fred Harris, class of 1911, from Brattleboro, Vermont. Harris was keenly interested in skiing, particularly ski jumping, a huge spectator sport at the time, and “down the mountain” skiing, which would become modern alpine skiing. He founded the Dartmouth Outing Club (DOC) in 1909 to promote skiing at the college and to give everyone something to do outdoors during the winter.
Within a few decades, the DOC had a year-round roster of outdoor pursuits, trips, service projects, and outdoor leadership training. Today, around 25 percent of the college’s student body (about 1,500 students), plus another 1,500 or so alumni, faculty, and others, are members of the student-run DOC. It’s considered the first and largest collegiate outing club in the country. 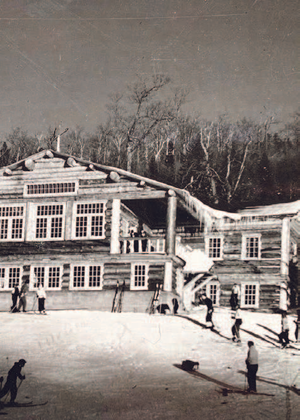 Interestingly, not everyone in the DOC arrives in Hanover with a hankering to get outside. Many people who work or study at the college or who come to Hanover for other reasons don’t have any experience in the mountains or on rivers, yet they are surrounded by outdoor opportunities. Some are curious but don’t know where to start. Others feel intimidated by what seems wild and risky. Most don’t have the right gear or even know what to get. For these folks, the DOC provides a gateway into the woods. 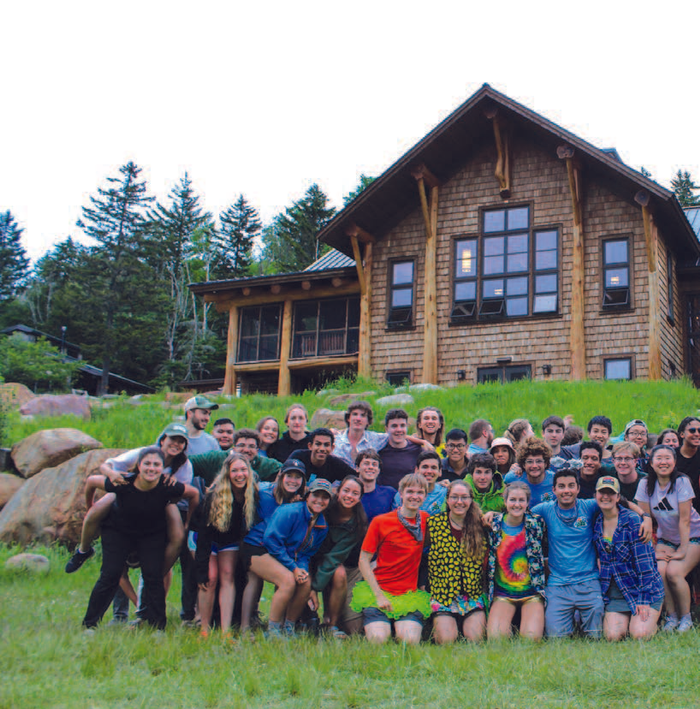 Take Scarlette Flores, the 2022–23 student-president of the DOC. A city gal from Houston, Texas, Scarlette was not outdoorsy when she arrived in Hanover. She had never hiked up a hill, let alone a 4,000-footer in the Whites. She has now, thanks to the DOC. When Scarlette matriculated at Dartmouth, the world was in the throes of the COVID pandemic. The college was locked down, with mask mandates and social distancing in place. No gatherings were allowed, except for small groups outdoors.

“My first year, we were stuck in our dorms,” recalls Scarlette. “The outdoors was the only thing available in person and not on Zoom. The DOC offered some local trips, like hiking up Gile Mountain or to Velvet Rocks. I was nervous at first, but the DOC made it easy. I could go on a mountain right outside my door.”
And climb mountains she did, sometimes in her sneakers and other times using rental gear from the DOC, which students can borrow for free. Scarlette, who is Mexican, soon joined a DOC group called People of Color Outdoors (POCO), where she met other Latin students like herself who were first-timers on hiking trails. The DOC became a social outlet in addition to being a source of fresh air and new but doable challenges.
“My friends and I would sign up for a canoe trip,” says Scarlette. “I had been in a canoe before, on a couple of manmade lakes in Texas, so I felt comfortable with that. Plus, all of the DOC’s programs are student-run.
Everyone is welcoming. I figured if they can do it, so can I.” At first, Scarlette mainly signed up for outings offered by POCO. Then she tried a climbing trip through the Dartmouth Mountaineering Club (DMC), which is also part of the DOC. The experience was life changing to the point that Scarlette now identifies herself as a climber. Last spring, she went to Arizona with other members of the mountaineering club to test her mettle on more rock. 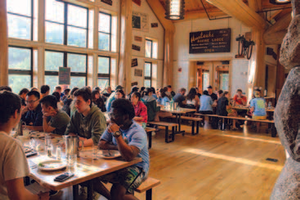 Two years ago, the DOC added another club called Diversity, Inclusivity, Justice, and Equity (DIJE) to address issues related to inclusivity within the DOC. Scarlette added DIJE to her outdoor resume and proudly points to some of its accomplishments. For example, DIJE created standardized norms at Dartmouth’s climbing gym that benefit beginners and has brought athlete speakers to the college from Vermont Adaptive Ski & Sports to talk about how to make outdoor activities more accessible.

“My vision as DOC president is to make the DOC inclusive to everyone,” says Scarlette. “Take me. I went from no experience to running the DOC. I want others to have that path. I also want people to realize not only the physical but also the mental health benefits of getting outdoors and ensure there are scholarships and gear available to those who need it. Mainly, my goal is to get people outside.”

The DOC and the Public

While the DOC is first and foremost a college program, its scope goes beyond Dartmouth, benefiting residents of the Upper Valley. At Ledyard Canoe Club, anyone can rent a canoe or kayak and get out on the Connecticut River.
During the fall, if you want to tune up your shooting skills before hunting, Dartmouth’s shooting range,  located beside its organic farm, is open to the public by reservation.
During the winter, you can rent cross-country skis, snowshoes, and sleds for use on the trails maintained by the DOC on the former golf course and at Oak Hill. When there’s no snow on the ground, many of those ski trails become mountain biking trails, to which the DOC provides passes. The DOC also supports ice skating on Occom Pond during the winter and invites the community to listen to guest speakers who appear periodically
at the DOC House. Year-round, if you climb any mountains between Hanover and Mount Moosilauke, you’ll trod on trails maintained by the DOC.
The DOC keeps up 50 miles of the Appalachian Trail between Ledyard Bridge in Hanover and Route 112 in Woodstock, and a number of side trails. The DOC also maintains and rents to the public a number of backcountry cabins. “The mission of the DOC is to
allow as many people as possible to enjoy the outdoors,” says Scarlette. “We have the Connecticut River right here. We share it and teach others about it. It’s hard work to maintain trails, but it allows us to share those spaces and engage in the outdoors
together in whatever capacity we can.”
The DOC is an old club that’s been around for 140 years, but it’s an adaptable one, keeping some of its time-honored traditions while discarding others based on what outdoor desires are at the forefront. Ski jumping, which founder Fred Harris so loved, disappeared during the early 1980s, yet the club has maintained the same 50-mile stretch of the Appalachian Trail since the 1930s. And as Dartmouth has become more diverse and inclusive, so has the DOC with programs like POCO and DIJE.
In 1849, the French writer Jean-Baptiste Alphonse Karr coined the phrase “The more things change, the more they stay the same.” That’s certainly true about the DOC. While the club has changed, it still offers myriad ways to enjoy the outdoors. H

To learn more about the DOC, go to outdoors.dartmouth.edu. To browse upcoming trips and programs, go to the DOC’s Trailhead portal: doc.dartmouth.edu. Note: Many listings are open to the public. For more info on a specific outing, contact the DOC directly at
(603) 646-2429.