During colonial times, Boston wasn’t the only harbor to host a tea party in protest of King George III’s oppressive tea tax. In 1774, Thomas Nelson Jr.—a prominent Virginian who served in his state’s legislature, in the Continental Congress, as governor of Virginia, and who signed the Declaration of Independence—urged his fellow residents of Yorktown to throw chests of tea into Yorktown Harbor. While the Boston tea party may have been one of the pivotal events that led to the American Revolution, Yorktown was the site of the battle that essentially ended the war. What better way to celebrate Independence Day than a visit to Yorktown Battlefield in the Colonial National Historic Park! 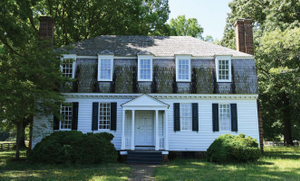 The Colonial National Historic Park includes Jamestown Island, where the first permanent English settlement in North America was established in 1607, and Yorktown Battlefield by the colonial port of Yorktown. The two towns are connected by the 23-mile Colonial Parkway that also passes through Williamsburg, the first capital of Virginia. When my husband Jack and I decided to explore this tract of land between the James and York Rivers, we stepped through a time warp. Not really, of course, but we returned home with a clearer sense of what it took for the 13 original colonies to become the United States.

The History
In October 1777, when the Continental Army defeated the British at the Battle of Saratoga, the French became an ally of the colonies, providing them with money, troops, arms, military acumen, and naval support. As a result, the British were not sure they could maintain control of the northern colonies, so they concentrated on the southern ones. 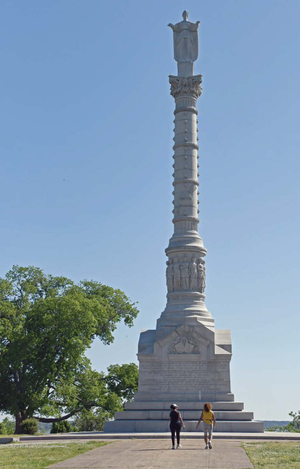 After successful campaigns in Georgia and South Carolina, the British under the command of General Lord Charles Cornwallis continued to press up the coast into North Carolina and Virginia. In August 1781, Cornwallis led 8,300 British troops into Yorktown, where they planned to spend the winter. It proved a poor decision.

Jean-Baptiste Donatien de Vimeur, better known as Comte de Rochambeau, commander-in-chief of the French military forces aiding the Americans, convinced General George Washington to place the British in Yorktown under a siege. As the Americans did not have a navy, the French sent 26 warships to sealed-off Yorktown harbor, preventing Cornwallis and his troops from escaping or getting resupplied by water. The Americans and additional French covered the access to Yorktown by land and continually bombarded the settlement, razing much of it. In addition, smallpox raged within the trapped British troops, killing as many of them as the artillery fire.
Two months after the British marched into Yorktown, they surrendered. Cornwallis sent a letter to Washington proposing the terms of the surrender, but pleaded sickness as the reason for not showing up at the actual negotiations at the Moore House, a plantation house in a field outside of Yorktown that was abandoned by its owners at the start of the fighting. Cornwallis’s aides went instead, and the cease-fire held, ultimately leading to a draft of the Articles of Capitulation. Yorktown was the last major battle of the American Revolution.
Interestingly, the Moore House, which was owned at one point by the son of Thomas Nelson Jr., played a role during the Civil War, too. During the 1860s, soldiers stripped the house and scavenged everything made of wood for fuel. Afterward, the house remained in disrepair until the National Park Service (NPS) restored it during the 1930s, one of the first restorations of its kind by the NPS.
The Battlefield Today 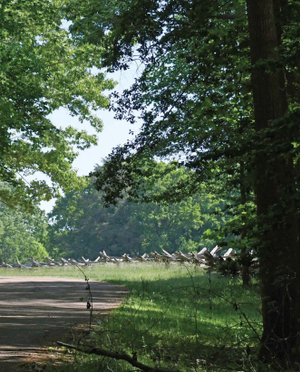 Jack and I visited the Moore House while touring Yorktown Battlefield, but we didn’t start there. We began at the visitor’s center, which in this case was a showcase of Revolutionary War artifacts including a Lafayette cannon, circa 1759, with a large round dent where it had been hit by an artillery ball. Ironically, though Lafayette cannons are named for the Marquis de Lafayette, the famous general who fought for the Americans during the Revolution, it’s actually a British 12-pounder.

From there we walked across a bridge to the Yorktown Victory Monument, a 98-foot pillar crowned by Lady Liberty. The monument is on a bluff towering over the York River. Interestingly, the monument was approved by the Continental Congress immediately upon hearing of Cornwallis’s defeat, but it took another 100 years for construction to begin.
From there, we got in our car. The rest of Yorktown Battlefield is an auto tour with two routes, the seven-mile Battlefield Tour beginning at the visitor’s center and the nine-mile Encampment Tour beginning at Surrender Field. The points of interest along both routes, lettered A through L, could be combined into one longer tour, which we did, winding our way down the narrow roadways passing by large fields, down forested lanes, and stopping now again to stretch our legs and take in the history.
At the first and second Allied siege lines, we could almost hear George Washington strike a pickaxe into the soil, signaling to the 1,500 American and French soldiers to get to work as the sky darkened. The siege lines were earthen walls meant to shelter the men and their cannons from British retaliation. Another 2,800 troops guarded those who worked through the night to get the siege’s fortifications constructed. But the British had no clue what was going on in the fields surrounding Yorktown. Imagine their surprise when, two days later, the Allied army began pummeling them from their protected battery positions behind the siege lines.

Today unruly grass and wildflowers cover the walls that stretch across the expansive meadows surrounding York-town on three sides. We saw mockingbirds and sparrows atop the thick earthen walls or perched on the different styles of cannons that still stood ready to shoot another ball toward advancing British forces or at one of the redoubts (strategic military posts set up by the British to help guard Yorktown). Looking down a cannon, we imagined it firing toward the town or into an attacking British company.

Washington knew that if the Allies could take the redoubts, they would have a direct shot with their cannons into Yorktown, which proved true. We stopped at redoubts 9 and 10, above the river on the southeast side of Yorktown. We could almost hear the steady kaboom of cannon fire, battering the British, who desperately tried unsuccessfully to retake the redoubts.
Perhaps the most poignant stop along the auto tour was at the Yorktown National Cemetery by the second Allied siege line. It was surrounded by a brick wall with wrought-iron gates, and we entered the cemetery expecting to find graves related to the American Revolution. Instead, we found row after row of marble markers, most of which said “Unknown,” dating back to the Civil War. Yorktown was also the site of another siege, by the Union Army during what’s called the Peninsula Campaign. The remains of 2,204 soldiers are buried in this 2.7-acre resting ground, which is one of 14 national cemeteries in the country. 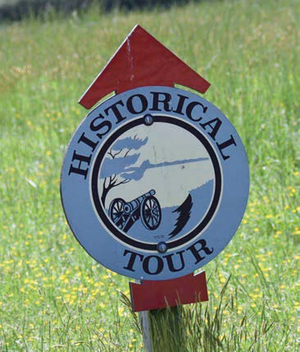 As this July 4 comes around, I can’t help but think back on our visit to York-town Battlefield. By standing where that pivotal battle occurred, I gained a deeper appreciation of the sacrifices that were made two and half centuries ago so that we could be free today. And seeing the Yorktown National Cemetery within the battlefield also reminded me how tenuous our great country can be when staunchly divided.

Need To Know
Stop by the visitor’s center to get a map of the battlefield roads. Pay the fee there or show your America the Beautiful National Parks Pass.
Download the Yorktown Tour Guide app. The app’s GPS-enabled audio tours lead you through 300 years of American history on a walking tour of Historic Yorktown and on both driving routes in Yorktown Battlefield.
Wear comfortable walking or hiking shoes. You’ll want to tromp around the various points of interest around the battlefield, most of which is either wild grass or mowed.

Travel Planner
GETTING THERE
By car: Yorktown is 650 miles from Woodstock, drivable in a long day (about 11 hours).
By airplane: Newport News/Williamsburg (20 minutes from Yorktown), Norfolk (1 hour), though Richmond (1 hour) has the most options. You’ll need a rental car, car service, or bicycle to see the battlefields.
By AMTRAK: Newport News or Williamsburg stations, then plan your ground transportation similar to air travel. A marker on the Battlefield route shows visitors where to go next. Tomb of two unknown soldiers at the national cemetery at Yorktown Battlefield.