Leo with his castle of kits, set to be delivered to Woodstock Elementary School.

The first time Leo Barnes tried to make a batch of bagels was on Mother’s Day in 2020. “They were the type of bagel that only a mother could love,” Leo says, his eyes sparkling with humor. “I hadn’t figured out the right  recipe.” In addition, he had only let the “poolish” sit for two hours. He knows now that eight hours is ideal. “The longer you give the ingredients time to sit and get acquainted with each other, the better the bagel,” he explains. “You got to hand it to the yeast—it’s sort of a miracle.”

Leo was a sophomore going to Hanover High via Zoom during quarantine, and he found himself with plenty of free time to experiment with his bagel recipe. He says he was motivated by the lack of bagels in the Upper Valley that matched the freshness and taste of the delis back in Los Angeles, where he used to live. According to Leo, popular delis in LA are sold out of bagels by noon, while in the less populated Upper Valley, bagels can sit around much longer. Leo feels that the optimum time to eat a bagel is within six hours of baking it.
Beyond Bagels 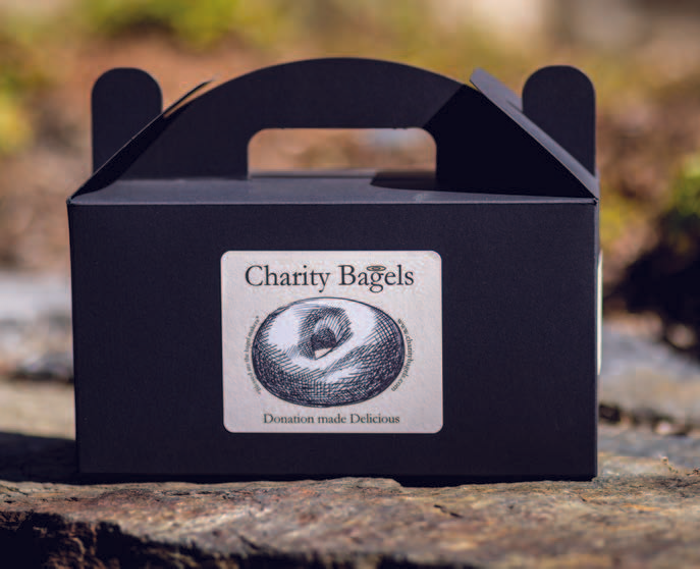 Leo kept baking and researching and watching YouTube videos. He finally settled on a recipe he says is close to Martin’s Bagels from King Arthur Baking Company, where he gets his flour. “Eventually, while experimenting, I found that there is a limit to how many bagels one household can eat! COVID is off to the races, and here I am making bagels in my kitchen, feeling an urge to help,” he says. His father had started volunteering at the Upper Valley Haven in Hartford, which gave Leo the idea to donate some of his new and improved bagels to the food shelf. “Luckily for me, Lori Wick (food shelf manager at the Haven) was very receptive to me and my bagels,” he says. 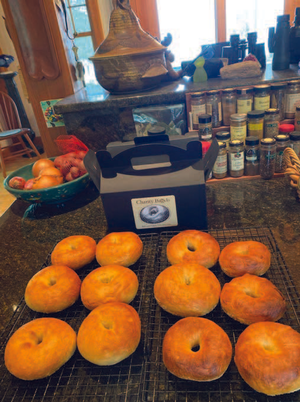 Fast-forward a few months and Leo was back to in-person schooling as a junior taking an entrepreneurship class with social studies teacher Tim Berube. Leo learned that the Magnuson Center for Entrepreneurship at Dartmouth sponsors a yearly contest, providing prize money for the best business idea.

Bagel making and donating were still on Leo’s mind as he mulled over project ideas for the contest. He had been thinking that his own baking adventures were not making enough of an impact to meet local need. If he could teach others how to make bagels and then encourage those bakers to donate half of their dozen to a worthy recipient, his bagels would reach more hungry mouths. Leo designed a bagel-making kit that comes with a handle, similar to those used to carry donut holes, and includes all the premeasured ingredients needed to make a dozen bagels as well as step-by-step written and videotaped instructions. The kit also includes a tasty offer for customers: 50 percent off a second kit when they post #charitybagels on social media, sharing where they donated. 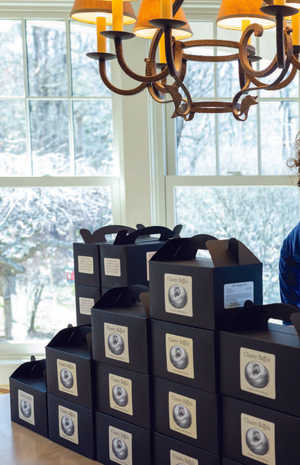 Leo’s business idea won the Entrepreneurship contest that year, and he used the $1,000 prize as seed money to launch Charity Bagels. He worked out of his home, putting together his specially ordered boxes and measuring out the ingredients for each kit, and then he took the kits to the local farmers’ market to sell. Customers who have used the kits rave about the taste. “No one has ever told me that the bagels weren’t fantastic,” he says.

Getting the Community Involved 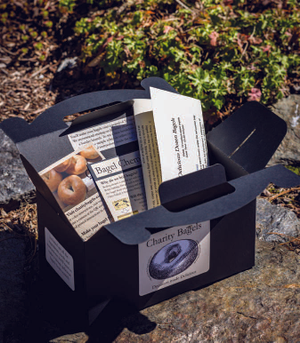 He was surprised when Charity Bagels became something more for people than just donating bagels a single time to a charity. “When people donate their bagels,” he says, “they like the feeling they get from giving.” That positive experience with their local charity builds a relationship and a habit of giving back to their community.

Early in his senior year, Leo came up with a plan to reach a bigger audience for his Charity Bagels kits. He wanted to help the community, get students involved, and fundraise for causes that matter, so he offered the kits to schools and organizations to help them raise money. People who
donated more than $35 to a cause would receive a bagel kit as an
incentive.
Charity Bagels kits have since helped raise $1,155 at Hanover High School to help the class of 2022 make prom more affordable for lower-income families, and $1,052 at Richmond Middle School for the Black Youth Project. Leo has also been working with the Ray School to run a fundraiser for the Haven, and the Hampshire Cooperative Nursery School to help support their school’s mission. Woodstock Elementary is also working with Leo to raise money for Ukraine, which he hopes is the first of many to support them in their time of need.

He has needed to hire fellow high schoolers as kit assemblers to keep up with demand and is grappling with the growing pains that occur with any new business. He has so far been juggling business appointments with homework deadlines during his last semester of high school. He wants to continue the business this fall, running fundraisers on an even larger scale. He says the thought sometimes pops into his mind that this business could really make a huge impact.

Whatever the future holds, Leo is determined to continue helping charities. “It would be a shame if your legacy was collecting a big pile of money and making the world a worse place in the process,” Leo says. “I think business can be more than that and should be more than that.” For more information, go to charity bagels.com.
Leo's Charity Bagels [11 Images] Click Any Image To Expand Leo with his castle of kits, set to be delivered to Woodstock Elementary School.